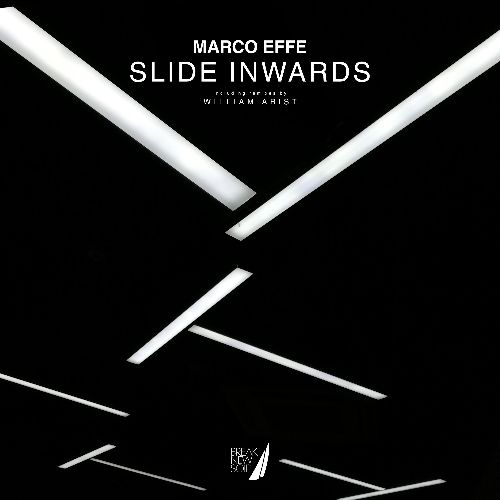 Marco Effe - Slide Inwards Incl Remixes by William Arist (Vinyl / Digital) 01.Suborbital Pattern (William Arist Soulful Remix) 02.Suborbital Pattern (William Arist Rhythm Remix) We are thrilled to have our good friend Marco Effe back on Break New Soil. Marco has been a core member of the label family since the early days and it´s inspiring to see how his sound has evolved over the years. With these new productions, Marco delivers a stomping and rough 4-tracker, destined to set warehouse floors on fire! On remix duties, we are very happy to finally have William Arist deliver not one but two of his signature remixes, that complete a perfect classic sounding Techno release, yet with a modern twist to it! Enjoy! 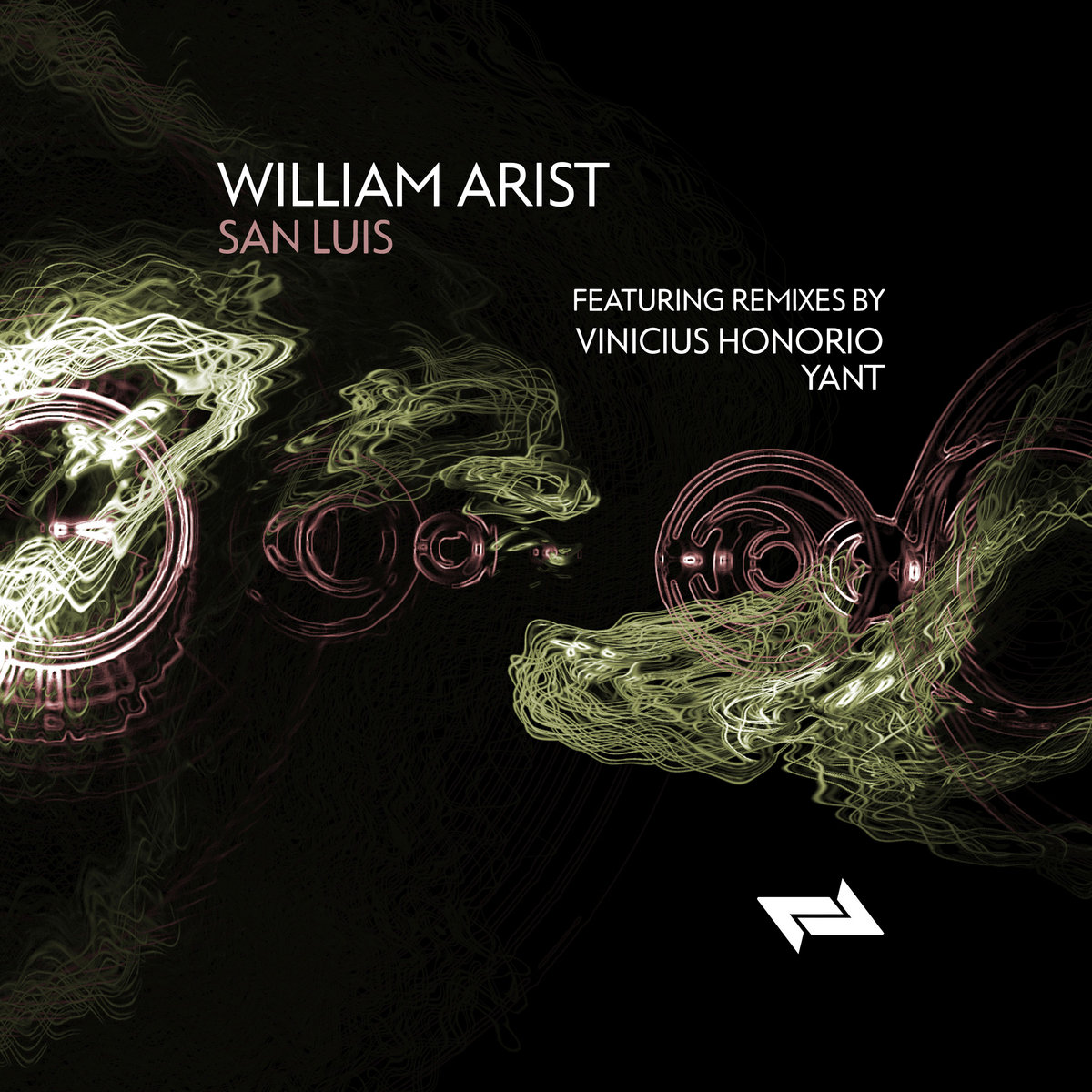 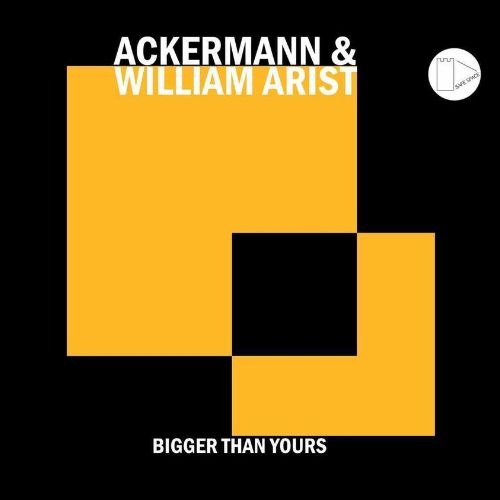 Biger Than Yours Ep (with Ackermann) | Safe Space 01.Bigger Than Mine 02.Bigger Than Yours (Ackermann) ..."The 'Bigger than yours' EP with William Arist is finally out as the second release on my new label Safe Space Records. We made this record last year in lockdown and tried to give that classic dub techno vibe a contemporary outfit and I still love these 2 tracks to bits, I hope you dig them as well! To me they are a perfect fit for Safe Space since I try to release records there that are hard to pinpoint on a certain year of release and maintain a timeless and classic vibe I can still enjoy in a few years without thinking: "Oh that's so 2022" 😅 Really happy and grateful for all the early support and great feedback from Alexander Kowalski, Chris Liebing, DJ Bone, Dotdat, Michael Klein, Pan-Pot, Slam, The Advent, Vincent Neumann and lots of other great djs out there! Thanks so much ❤️🙏🏻"... 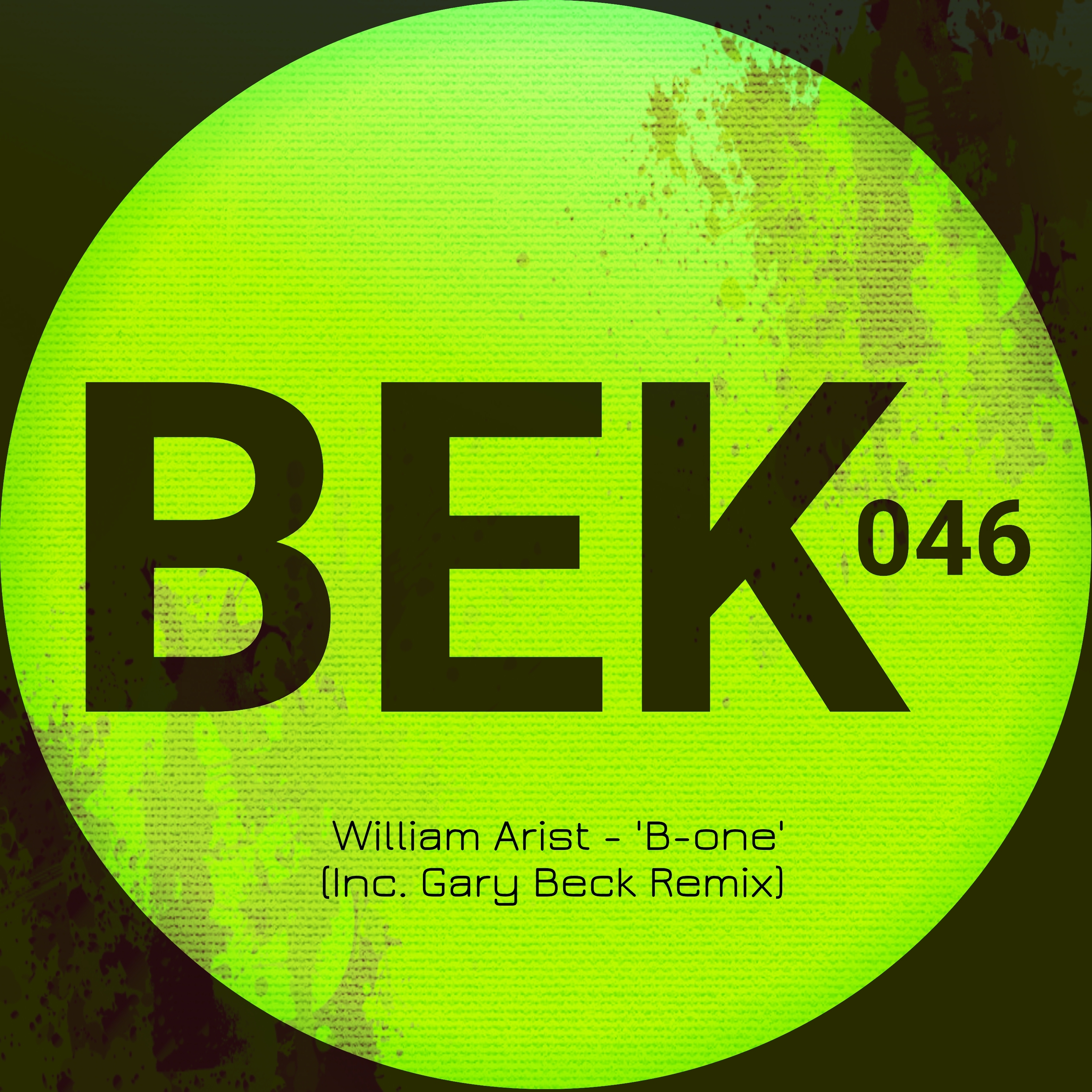 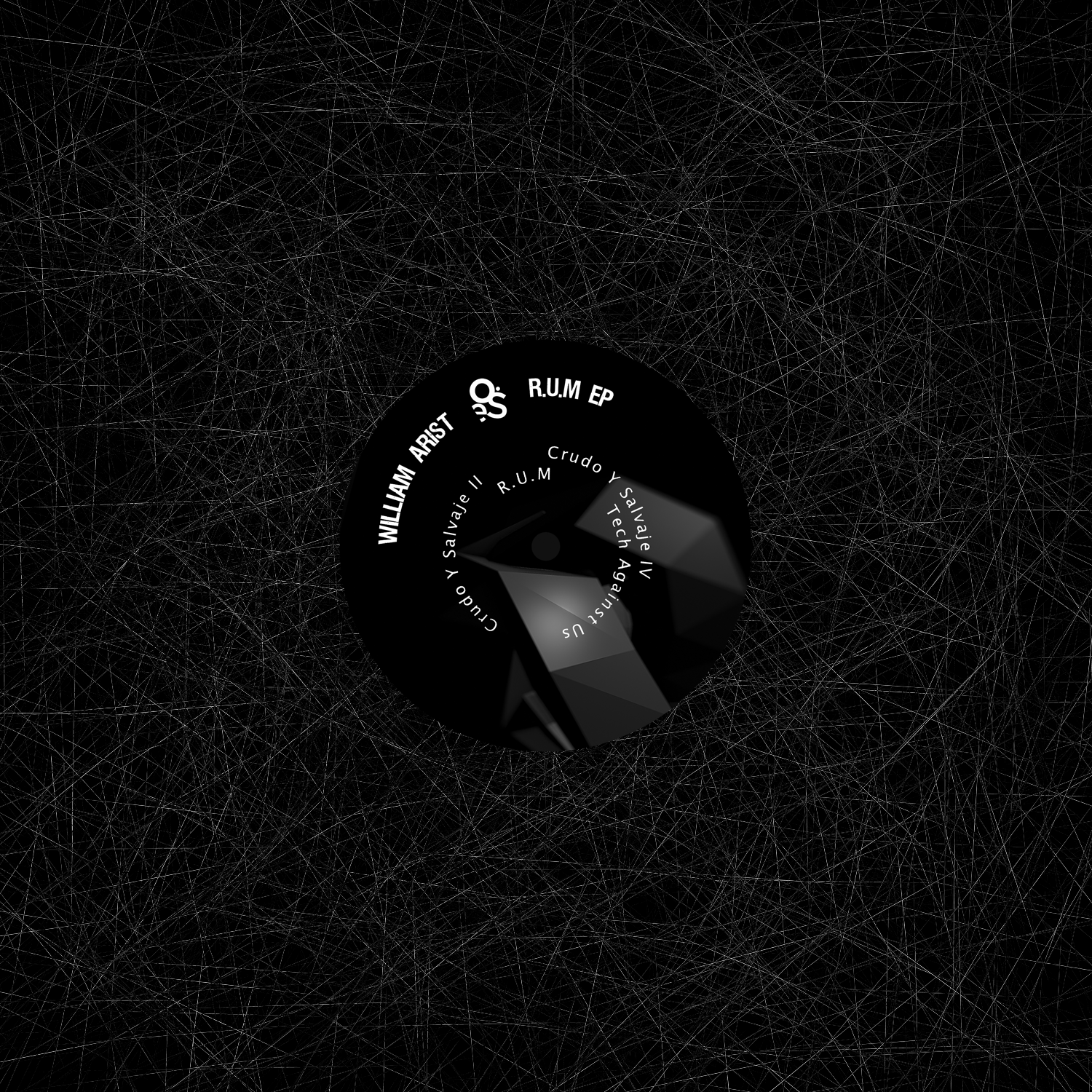 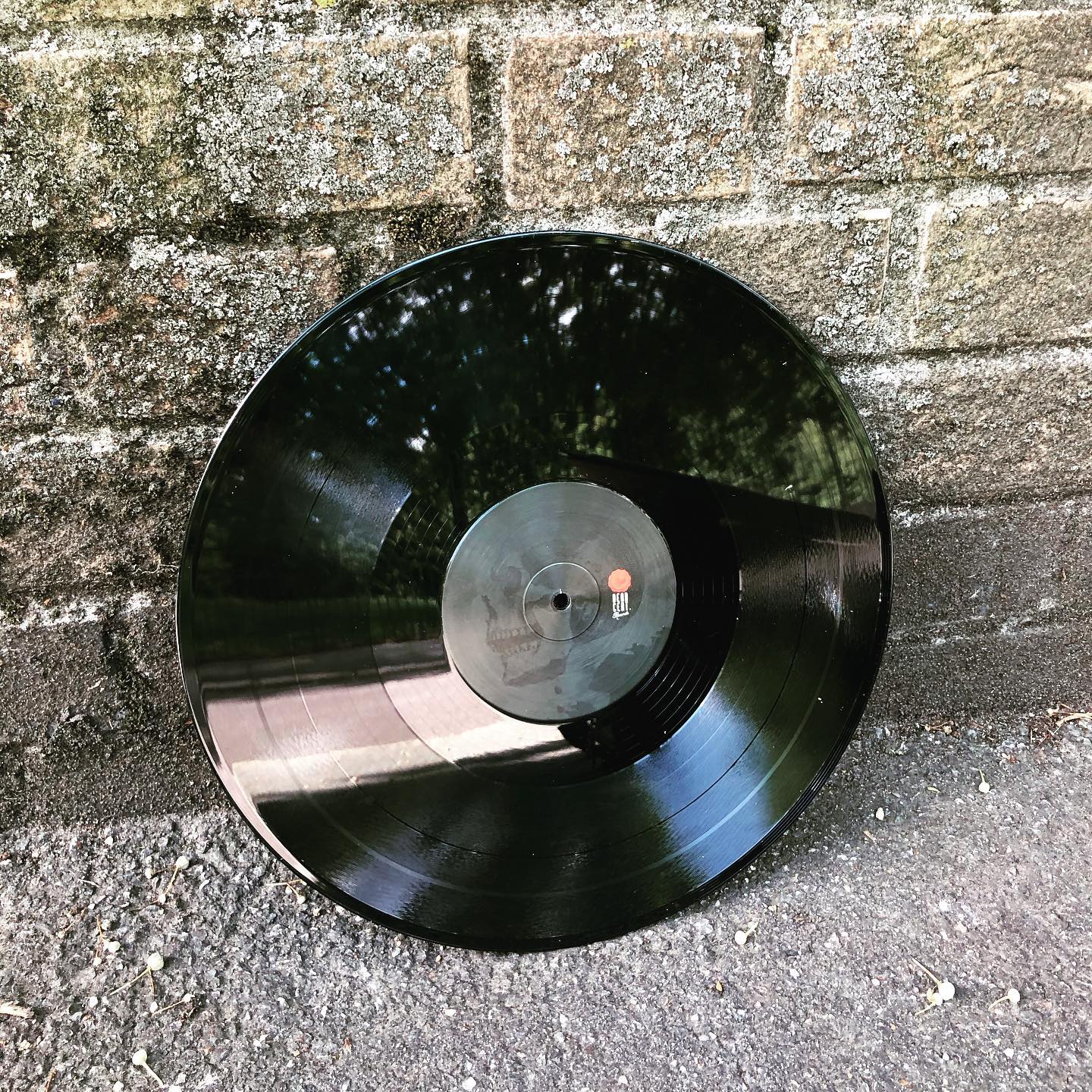 DEADCERTBLACK002 | Dead Cert Black (Vinyl only) Marco Effe - Sonogram Arnaud Le Texier - Corrode William Arist - Cyanophyta QphoriQ - Statique
DEADCERTBLACK002 is the return of the vinyl-only series limited to 200 copies. The second instalment features individual tracks from a selection of handpicked artists. Featuring known and established artists, but also those breaking into the industry. This EP contains quality cuts from Marco Effe in Berlin, Arnaud Le Texier in London, William Arist from Uruguay and Qphoriq who is based in Russia. ..."B1. William Arist - Cyanophyta William Arist is an established artist from Uruguay with over 100 tracks released across vinyl and digital formats using a multitude of monikers. His productions have caught the ear of heads such as Ben Sims and his quality can be heard instantly. "Cyanophyta" is a moody and twisted techno beast that uses engaging, esoteric and looping tones to capture the imagination with a powerful style bursting with energy."...
Foto: Arnaud Le Texier 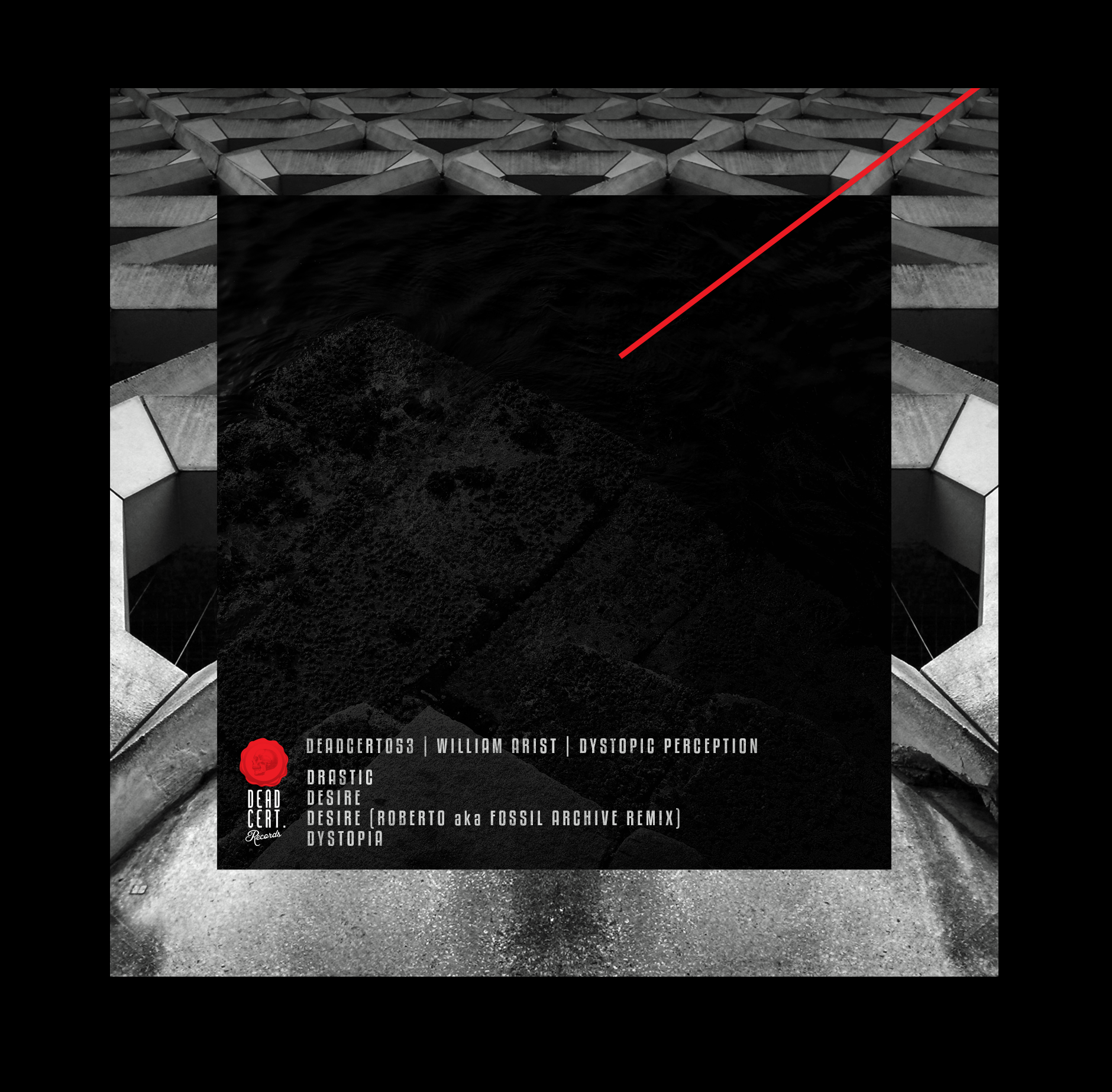 Dystopic Perception | Dead Cert. Drastic Desire Desire (Roberto aka Fossil Archive Remix) Dystopia DEAD CERT. Records is a label linked to the well known website deathtechno.com ran by Jack! Who? in the UK. A diverse palette has seen the previous releases feature music from artists including Audio Injection / Truncate, Paul Mac, TWR72, Echoplex and Petter B, to name but a few. Uruguay-based William Arist returns to DEAD CERT. following his fierce vinyl only contribution "Cyanophyta" that has gathered pace as an essential DJ weapon. Having released on labels like Animal Farm, Vinicius Honorio's Liberta, Deano (ZA)'s Knowledge Imprint, his very own Perseverancia and soon Marco Faraone's UNCAGE, he also lists support by the likes of Ben Sims, Charlotte de Witte and Tensal. He has delved into his vast production archive especially for DEAD CERT. and alongside three original works is a remix from Fossil Archive aka Roberto.
Fossil Archive also goes by the name Roberto to many and has a back catalogue including Radio Slave's Rekids, Mike Dehnert’s Fachwerk, Emmanuel’s ARTS, On Edge Society and collaborations with the late Trevino and Roman Lindau for example, his huge, consistent and educated sound is much loved. "Drastic" kicks things off with a raw, angular jam, wrapped in analogue grit and infectious electronic funk that tears forward with a jovial heart at its core. Second up is "Desire" that opts for a different approach. The rolling bottom end, pulsing phasers and deep chords add a warm sensitivity to its otherwise energetic framework. Fossil Archive aka Roberto goes full throttle with his rework, jackin' at its best with both feet on the dance floor and a style that will defy anyone not to succumb to its monumental influence. Showing his production skills in full effect, "Dystopia" is a lesson in abstract grooves and rich sound design, for those who like leftfield techno dripping in character and creativity. 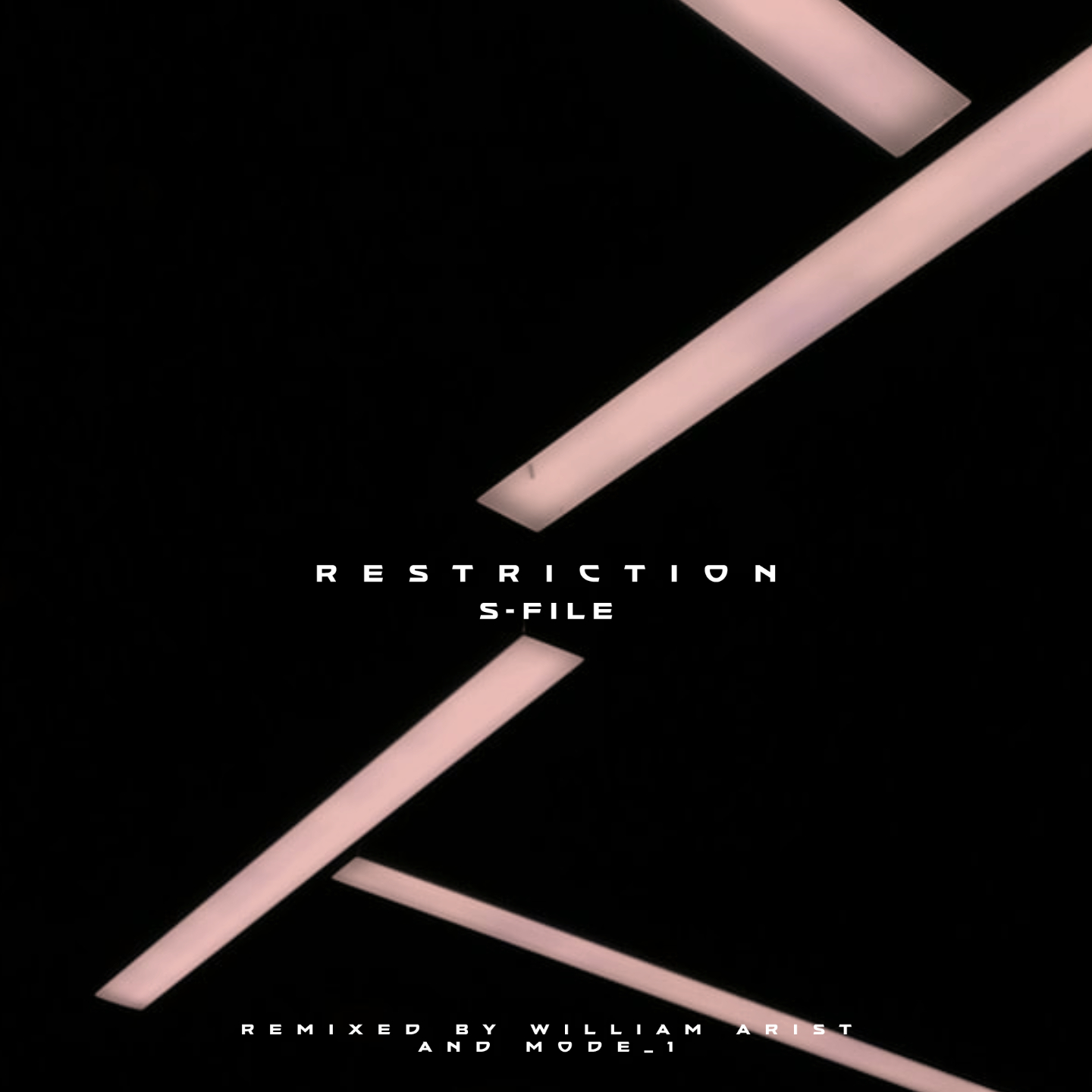 S-File Restriction | GND S-File - Restriction (Original Mix) S-File - Restriction (William Arist Remix) S-File - Restriction (Mode One Remix)
My remix of "Restriction" from S-File
"Restriction" is one of the singles serie of his very first album after 25 years called "Balance" out under his own imprint GND.
Glad to be part of the artists selected for this work alongside other great guys like Mark Broom, David Carretta, Deadwalkman, Fhase 87, Albert Slavatierra, Skov Bowden, Mode one, Karras Martinez.
..."DJ and producer S-File is recognized as one of the proponents of contemporary techno. Widely associated with iconic trademarks including GND Records, S-File stays true to his roots by consistently innovating his interpretation of electronic music, integrating art with the scene. Restrriction is the 3rd SIngle of his current Album Balance. Restriction is coming with two dance floor smasher remixes plus the original one on the way. William Artist is one of the leading artist of the Uruguay Techno Scene. Releases on his label Perseverancia Records and his last release on Knowledge are supporting from the big names of the scene. The second remix is coming from the resident Dj at the District 8 and Subject Events from Dublin, Mode_1. He is better known with his current record on Fiedel's own imprint Fiedel and records on the French Knotweed Records. We are proud to have both stunning artists with their work on this release! "... 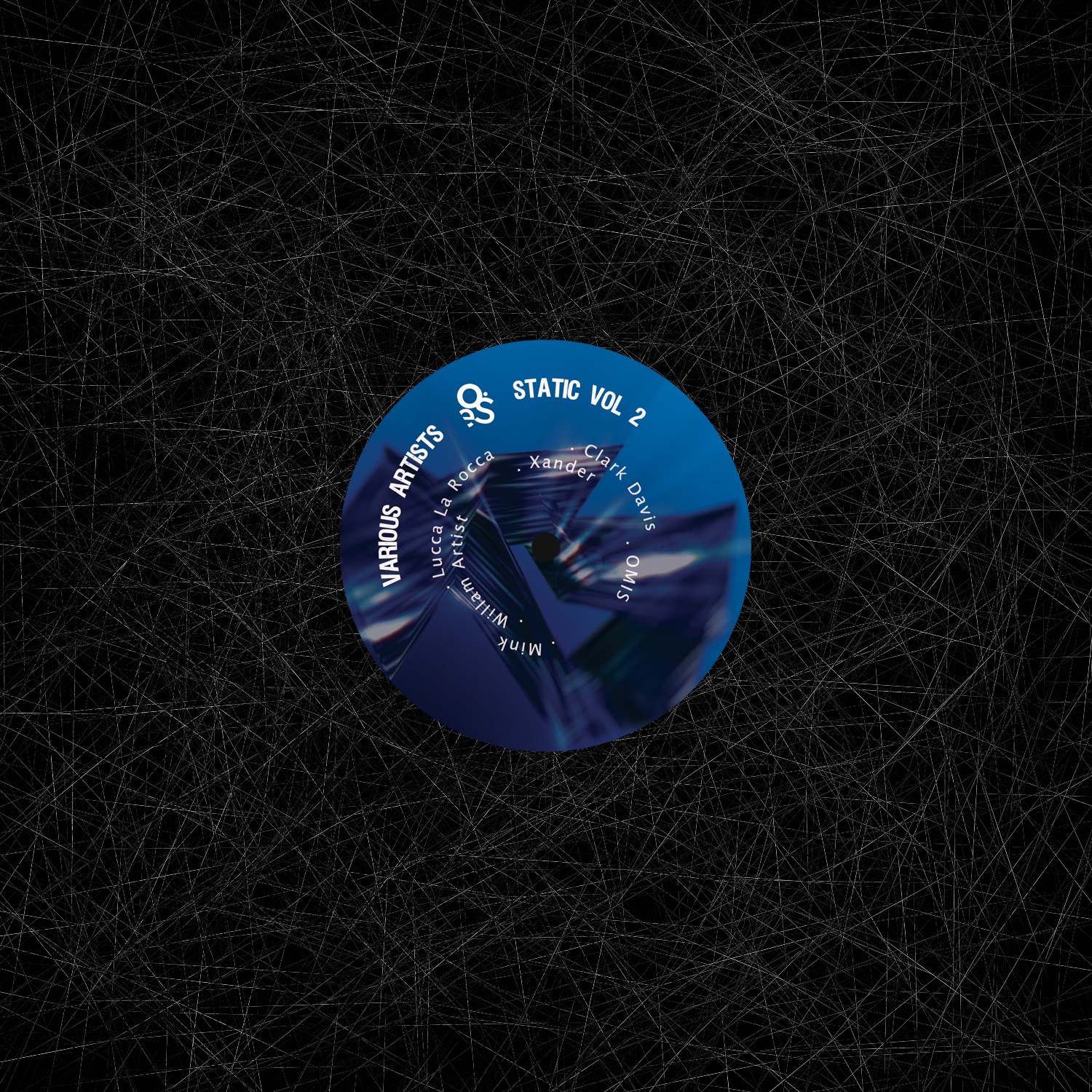 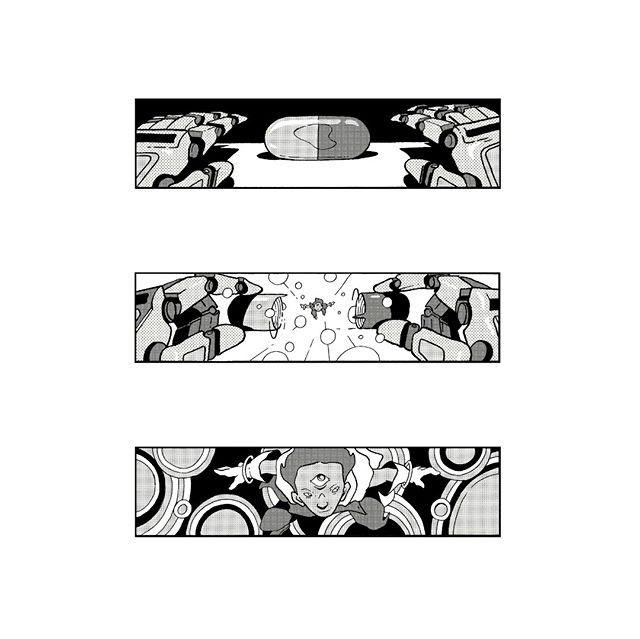 No Place | Uncage Next Hype Crudo Y Salvaje No Place Do You Know How To Read? ..."Uncage’s goal is to discover and promote new artists next to established names in the scene. This time we welcome on board William Arist from Uruguay with his 4 tracker EP “No Place”, raw and intense on point, typical of our label’s sound"... 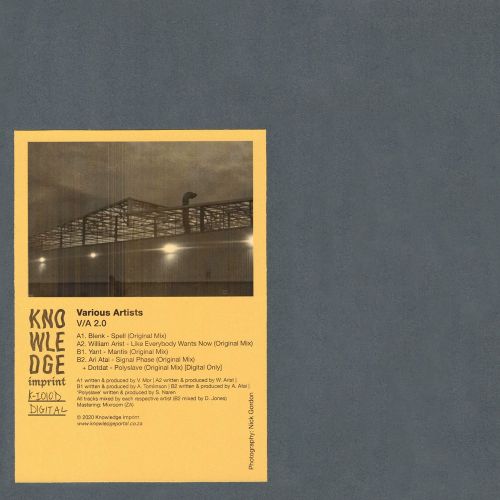 Knowledge Imprint VA 002 | Knowledge Imprint Blenk - Spell William Arist - Like Everybody Wants Now Yant - Mantis Ari Atai - Signal Phase dotdat - Polyslave ..."Following this is William Arist’s ‘Like Everybody Wants Now’. The Uruguayan artist has been in the game for some time, and his production experience is on full display here. Much like the A1, this track is focussed with its sound design, but equally functional for DJ sets. Taking things back to four-to-the-floor, this A2 is an essential for the peak-time dance-floor given its driving energy and heavy beats."... 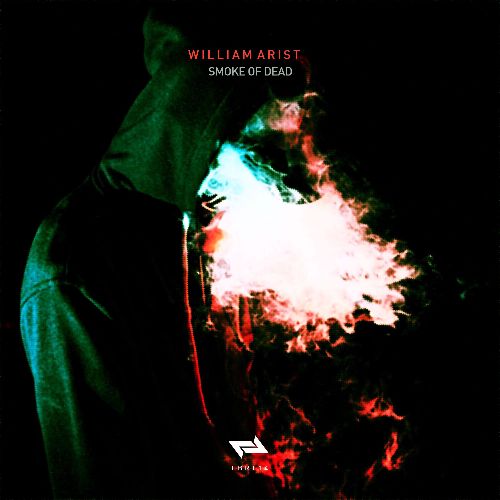 William’s debut release on Liberta Records is a showcase of deep and tough grooves, including two remixes for Vinicius Honorio. ‘Smoke of Dead’ is surely a release that will echo in the scene for a while. 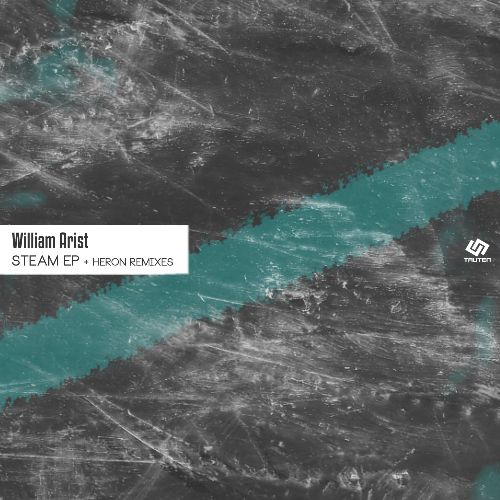 Steam Ep | Tauten Steam Oil Oxide Steam (Heron Remix) Oxide (Heron Remix) Finally, we welcome established artist from Montevideo, Uruguay with over 100 tracks released across vinyl and digital formats, William Arist. We were in love in his sound over past years, so it was our goal to bring him on our label. You will understand this after listening this 3 techno tools. For remixes we asked Heron to do his best, and he did. So all packed in monster EP. 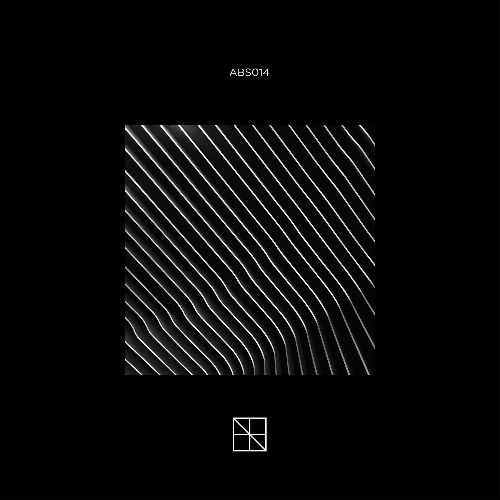 VA - Formless Vol. 1 | Abstraction 01 Åre:gone - Fue a lo mejor, mejor 02 JLTZ - Triss 03 William Arist - Binary code 04 -2 - Derrapagem 05 Temudo - L8 06 Eònan - Point of no return 07 Ascorbite - All about the hustle 08 Earthscape - Chords for grace 09 Vil - 2daBone 10 The Chronics - Cloud nine For the second installment of this year we open a new door, the "Formless" series, which aims to cover a wide spectrum of contemporary techno. ..." William Arist presents "Binary Code" for the third; a very useful tool with guaranteed results for any dance floor.  "... 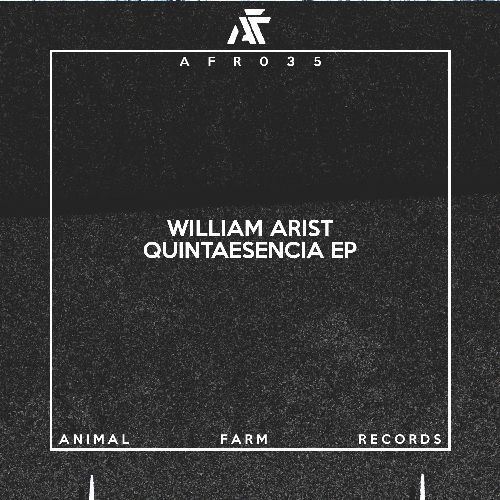 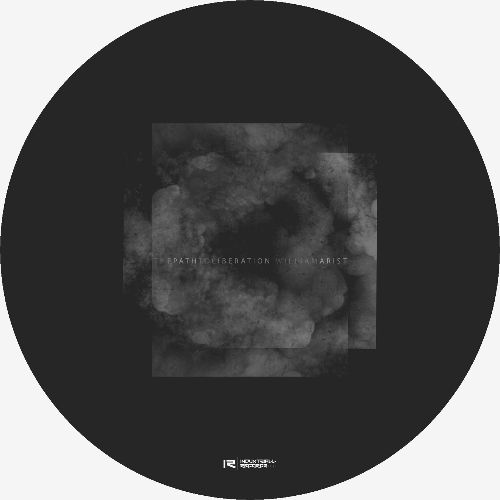 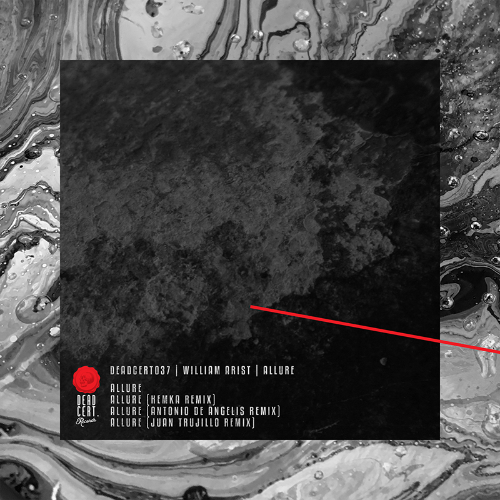 Allure Ep | Dead Cert Allure Allure (Hemka Remix) Allure (Antonio De Angelis Remix) Allure (Juan Trujillo Remix) William Arist is an established artist from Montevideo, Uruguay with over 100 tracks released across vinyl and digital formats using a multitude of monikers. His productions have caught the ear of heads such as Ben Sims in his Run It Red mix show, and his quality can be heard instantly as we expect to see him flourish even more this year. Included in this single release are three top class remixers, Hemka from France, Antonio De Angelis in London, and Juan Trujillo who is based in Argentina.
*|WILLIAM ARIST:PERSEVERANCIA RECORDS|*